Congratulations to the team of Lane Martin, John Luebkermann, Sharon Shanahan and Claude Guay for winning the 2016 Junior Teams Championship.  Four teams took part over the two sessions - the winners started with a bang with their first match and then led the field​ for the rest of the competition​.  Well done to them and to all competitors for a pleasant and friendly event. 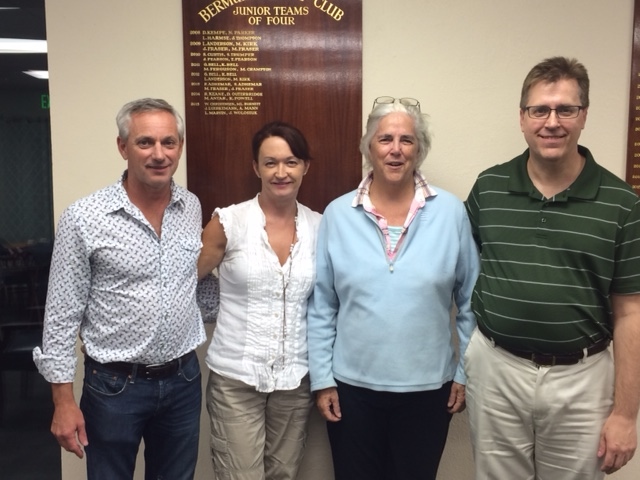 Congratulations to David Sykes and Charles Hall on winning the Open Pairs title for 2016 with a 61.5% game, just ahead of first round leaders John Burville and David Cordon who closed out at 60%. 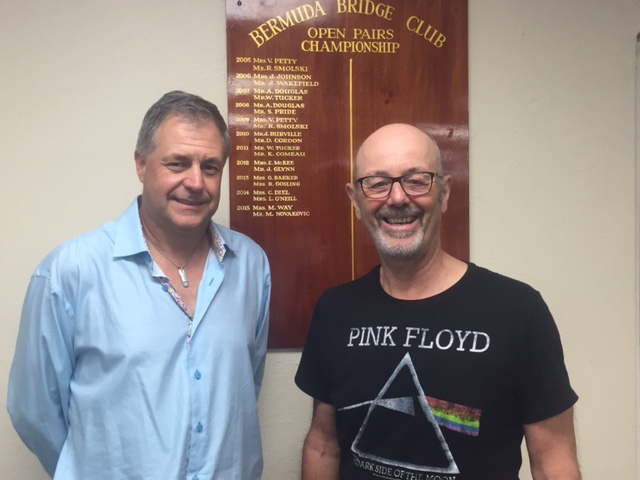 Saltus Grammar School said that its school has “made history as Bermuda’s first ever youth team to attend a bridge world championship.” 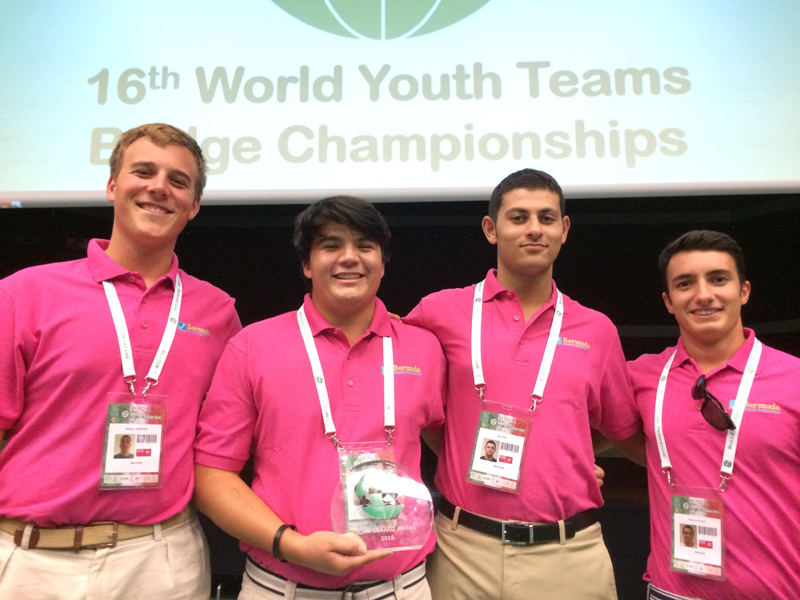