A strong field of 15 pairs competed for the 2017 non-life Masters.  Congratulations to Kathy Keane and Mike Viotti who won the first session and held on to their lead to run out overall winners. George Correia and Caroline Svensen put in two good sessions for second place, and Ellen Davidson and John Luebkemann close behind them in third.  Well done all. 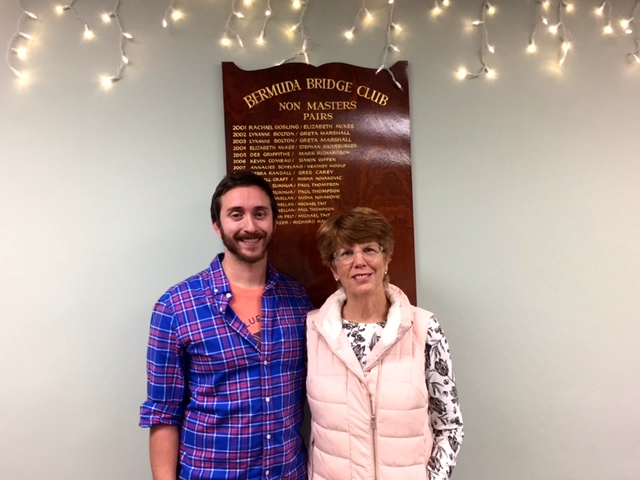 Congratulations to Hugh Gillespie and Catherine Kennedy, winners of the Novice Pairs competition for 2017.   (Photo when we catch them!)  Six pairs competed,with Linda Manders and Wendell Emery achieving a creditable second place.

(ii)   the 2017 Revised Laws of Duplicate Bridge will be applied to all games at the Club.

A summary of the main changes and the text of the BridgeBulletin articles explaining the changes in more details are attached to this Article. The Rules themselves can be accessed through the link.