Congratulations to the team of Samantha Pickering, Marion Silver, Jane Gregory and Nick Kempe, winners of the Junior Teams title for 2019.  They won by just 4 IMPs over the student team of Shane Kruger, Brett Baumgartner, Gareth Cooper and Max Santiago, who were steadily closing the gap but just failed in the last round to catch up and overtake the leaders.   In third place was the team made up of Joanne and Mike Dawson, Mark Stevens and Malcolm Moseley.  !0 teams took part over the two evenings - with a lot of our newer members having their first experience of teams.  Everyone won at least one of their eight matches.  Well done. 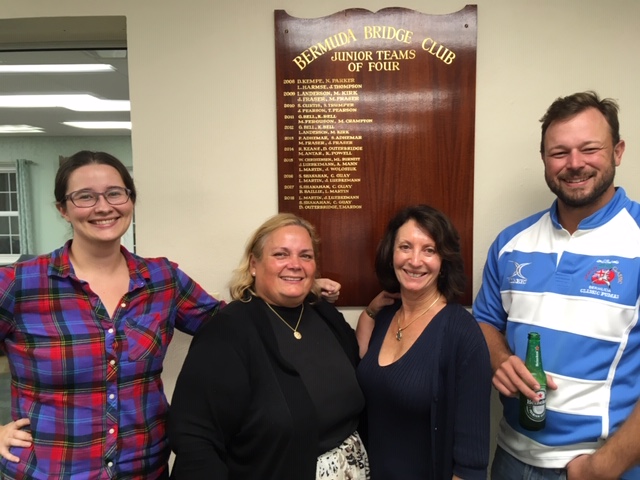